Corrine “Cody” E. McClure (1887-1961) taught private music lessons and music at Ocean Springs High School.  Miss McClure was well educated having studied at Whitmore College, the Cincinnati Conservatory of Music, the Chicago School of Music, and Birmingham Southern.  Her residence was on Ward Avenue.  Cody McClure never married.  She expired in 1961.  Her corporal remains were interred in the Perkinston Cemetery at Stone County, Mississippi. 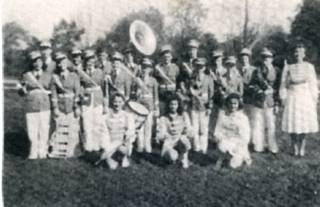 Harry Johnson Kanady (1898-1988) was well educated.  He was awarded the Doctorate of Music from the University of Iowa.  His other degrees were from the Cincinnati Conservatory, Master of Music and the University of Cincinnati, M.A.  Professor Kanady married Mary E. Kanady (1909-1992).  Professor Kanady had come to the Mississippi Gulf Coast from Fayette, Iowa where he had been head of the division of fine arts of the Upper Iowa University since 1948.  In October 1951, he opened the Gulf Coast School of Music at 210 Croesus Street at Biloxi.  He offered beginning and advanced courses in piano, voice, instruments and all branches of theory including orchestral and choral aranging and composition.  The family initially lived at No. 3 East Porter Street in Ocean Springs.  Jeanne, his oldest daughter, was in nurses training at Michael-Reese Hopital in Chicago, Illinois.  Catharine Anne lived with her parents.(The Daily Herald, October 8, 1951, p. 6)

When Harry J. Kanady began his tenure as band director at Ocean Springs High School in the fall of 1951, there were twenty-five students in the marching band.  Billy Joe Butler was the captain and Gwen Beaugez, the head majorette.(1952 Hi Memories, p. 21)

Mrs. Kanady taught piano and organ at Ocean Springs for forty-one years.  She was the organist at St. Alphonsus Liguori Catholic Church for forty years.  Harry and Mary were the parents of two daughters: Jeanne K. Al Jabi and Kathy Kanady.  Harry J. Kanady expired at Ocean Springs on May 5, 1988 while Mary Elizabeth Kanady passed on August 5, 1992.  Their corporal remains were interred in the Crestlawn Memorial Park cemetery at Ocean Springs.(The Ocean Springs Record, May 12, 1988, p. 3 and August 13, 1992, p. 7)

Joseph “Joe” G. Ello Jr. (1922-2007) was born at New Orleans, Louisiana, the son of Joseph G. Ello (1901-1996) and Cora M. Ello (1901-1988).  His father was a book keeper and the family was domiciled in the 9th Ward, Orleans Parish, Louisiana on Independence Street.  Before his enlistment in the U.S. Army Air Corps during WW II, Joe worked as an addressing-embossing machine operator in the Crescent City. He came to Ocean Springs in 1962 from Pearl River Junior College at Poplarville, Mississippi where he had been band director and instructor since 1953.  Joe earned a BS in Musical Education from Loyola (NOLA), an M.S. from LSU, and completed some graduate studies at Florida State University and USM.  Joe Ello increased the size of the Greyhound band from forty to fifty members to one hundred twenty-three by 1964.  He also worked with the Sacred Heart Academy Band at Biloxi.  Joe Ello married to Jeanne Louise Leche (1935-1991).  Three daughters came from this sacred union: Terry E. Stebly; Geri E. Fields Tannehill; and Carol E. Dale.(1930 Orleans Parish, Louisiana Federal Census R807, p. 68B, ED 144 and The Ocean Springs News, May 14, 1964, p. 7 and The Ocean Springs Record, June 19, 1969, and August 1, 1991, p. 7)

Joe Ello left Ocean Springs High School and in the fall of 1966? and became department head of the Jackson County Community College fine arts department.  In addition, he was choral director of the Singing River Singers.(The Ocean Springs Record, June 19, 1969)

In late December 2006, The Scharr-Ello Music Studio was dedicated in the Mary C. O'Keefe Cultural Center at Ocean Springs.  It was named for Orwin Joseph Scharr (1914-2002), Ruth Dickey White Scharr (1913-2000) and Joseph G. Ello.  Designed by Cowart Architectural of Ocean Springs, the studio provides a venue for musicians to practice and record.  Joe Ello who was present at the dedication said, "it's amazing.  The workmanship and equipment are first class.  So much hard work went into this.  The community should be proud."   The 'Un "Beatle" bles, a band composed of Travis Scharr, Alex Scharr, Jamie Favors, and Bradley Dale assisted in the fund raising for the music studio project by staging several "Beatles" concerts at the Mary C. O'Keefe Cultural Center.  Their financial contribution exceeded $55,000.  The Scharr brothers are grandsons of Orwin and Ruth Dickey Scharr while Bradley Dale is the grandson of Joe and Jeanne L. Ello.(The Ocean Springs Record, January 4, 2007,  p. B4)

Joseph G. Ello expired at Ocean Springs on January 27, 2007.  In addition to his children and grandchildren, he was survived by Marthann Eldridge Ello, his spouse, and James Ello, a brother, of Harahan, Louisiana.  Joseph G. Ello was not only influential to his musical students, but the social consciousness he developed while being reared during the Depression years at New Orleans, allowed him to become an independent thinker in regards: religion, social justice, national and foreign affairs, and racial diversity.(The Sun Herald, January 31, 2007, p. A8) 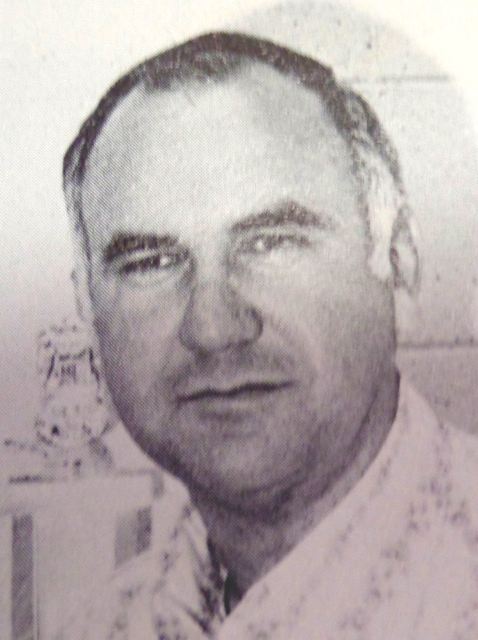 Prior to arriving at Ocean Springs, R.J. Beverin had been at Biloxi Central Junior High School for three years; D’Iberville High School for two years; and Harrison Central High School for one year following his degree at LSU.  Mr. Beverin also taught instrumental music and directed the concert band while at OSHS.  After earning a MS. Education degree, Ronald Beverin worked at the OSJH as a counselor before his retirement.  In addition, he was a charter member of the Gulf Coast Symphony orchestra and played wiht them for forty years.(The Ocean Springs News, July 14, 1966, p. 1 and The Sun Herald, June 26, 2011, p. A12)

William “Bill” Watts (1952-1986) came to OSHS in 1977 after serving as the assistant band director to Badrae Hannah at D'Iberville High School.  He received his Bachelor of Music Education from USM circa 1975, where he was also the USM "Pride of Mississippi" drum major.  He left OSHS in 1980 to become band director at Moss Point High School.  Bill died in December 1986.(David Allen-June 2009)

Ron Williams acquired his music education at Perkinston Jr. College and USM where he was awarded at Masters in Music Education.  He came to Ocean Springs from Stone County High School at Wiggins, Mississippi.  He taught for years afterward at West Point (MS) High School, until his retirement within the last decade.  He remains an active band clinician and adjudicator still today.(David Allen-June 2009) 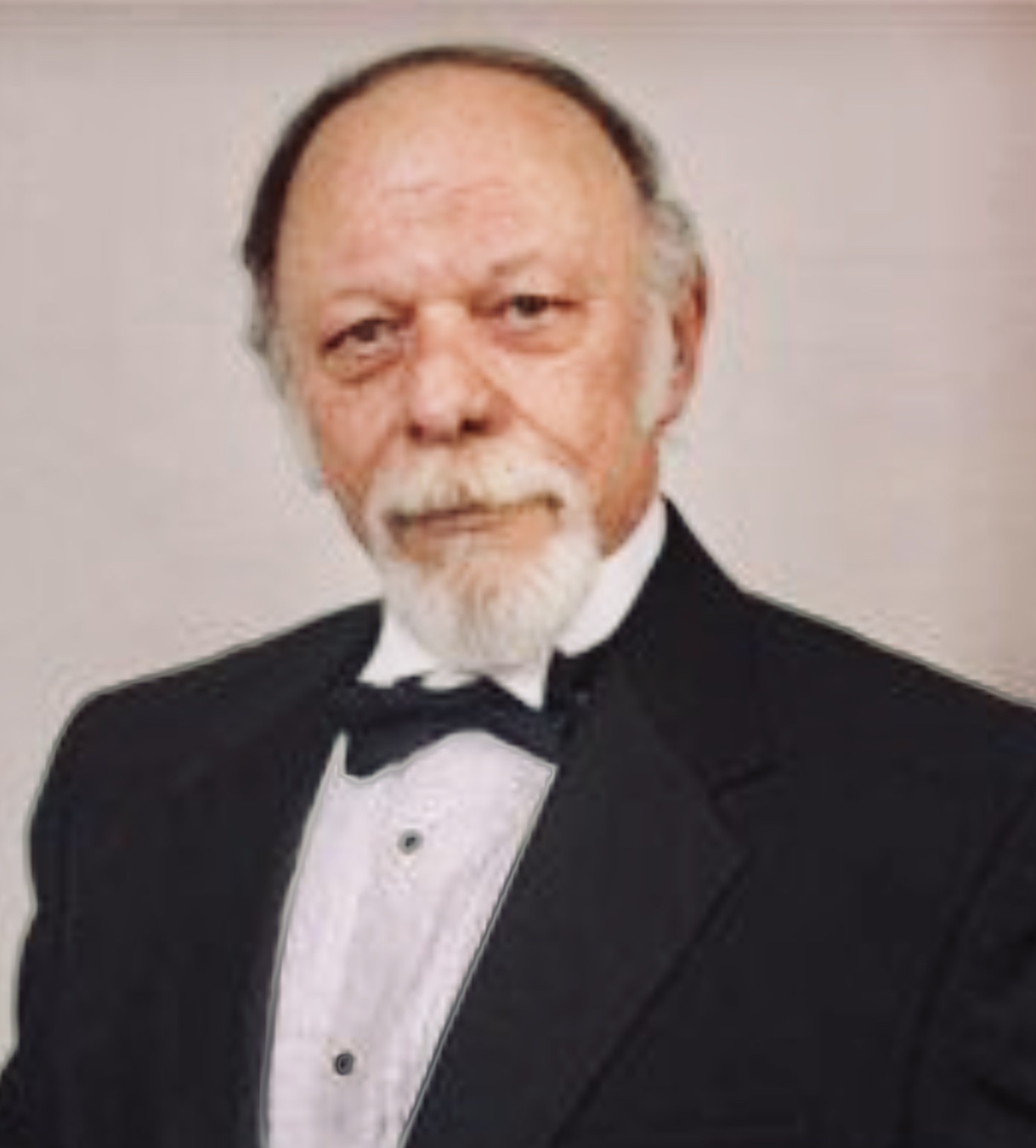 Joseph “Mr. Joe” Anthony Cacibauda Jr.  was born in New Orleans, Louisiana. He began playing music in a family band at the age of twelve. Joe has his B.M. Ed and M.M. Ed. from Southeastern Louisiana University at Hammond, Louisiana He completed some graduate studies in music at LSU and USM. Mr. Cacibauda came to Ocean Springs as Director of Bands in March 1984. Prior to arrival here,  he was Director of Bands at Bay High in Bay St. Louis (1972-1977), St. Martin High School (1977-1978), Biloxi School Dist. (1979 – March 1984). Mr. Joe continues to play professionally and is the Chairman of the Fine Arts Department at Ocean Springs.(Joe Cacibauda Jr., January 2, 2006)

In April 2010, Joe Cacibauda was named 'Mississippi's 2009 Director Who Makes a Difference' by School Band and Orchestra magazine.  Mr. Cacibauda has led the Blue-Gray Pride for twenty-five years and has thirty-seven years in applied music education.(The Sun Herald, April 11, 210, p. A17)

Mr. Joseph “Mr. Joe” Anthony Cacibauda died peacefully at his home in Ocean Springs on Monday, Sept. 21, 2020, with his loving wife and children at his side.

Mr. Joe – as he was known to most – was born in New Orleans, La., as the youngest child of the late Lillian and Joseph Cacibauda Sr. A musician from the very beginning, his father purchased him a set of drums when he was 10 and by the time he was 12, he was playing in weddings with a group of his cousins who were in need of a drummer. By 15, he was playing in nightclubs in the New Orleans area with his cousins.

Joe would go on to know and play with some of the greats, including B.B. King, Willie Nelson, Leon Kelner, Joan Rivers, Rich Little, Don Rickles, Regis Philbin, Mel Tormé, and The Platters, but teaching music to generations of students would become his life’s work.

Joe earned both Bachelor’s and Masters degrees in Music Education from Southeastern Louisiana and, in 1972, became the band director at Bay High School in Bay St. Louis, Miss. – starting what would become a 43-year career sharing his passion for music. Stints with St. Martin High School and Michele Junior High in Biloxi would follow.

Joe left an impact everywhere he went, but his greatest legacy will forever be at Ocean Springs High School. When he took over the program in 1984, there were 38 students in the high school band and just 85 in all grades. By the time he retired in 2015, there were 274 in the high school band, with nearly 700 in the band program in grades 6-12.The Blue-Grey Pride band -- a name Joe coined himself after arriving in Ocean Springs -- received All-Superior recognition, the highest a band can achieve, in 28 of his 31 years at OSHS. Additionally, the All-Superior sweepstakes award was launched in 2007, and Joe's band earned that distinction all eight years prior to his retirement.

In addition, 100 percent of the students who came out of Joe's band program had the opportunity for junior or senior college scholarships, if they chose to pursue them. In May of 2015, when Joe conducted his final concert at OSHS, it was announced the school’s band hall would be renamed in his honor.

Away from school, Joe was an avid baseball fan and a lifelong New York Yankees fan. He also loved all things Disney and particularly enjoyed his many trips to Walt Disney World, both with the band for performances and with his family.

But for all Joe’s passions and interests, there was no greater love in his life than his family. He and his wife, Rose Van Acker-Cacibauda married in 1986 and are the parents of three children: son, JT and daughters, Alexa and Zoe Cacibauda of whom he was immensely proud.

At the time of his retirement, Joe was asked about his plans. “I’ll be around,” he said – and he was right. Every time a student walks into the band hall bearing his name, every time a former student passes along his or her love of music, every time a band director at Ocean Springs High School collects an All-Superior trophy or other award, it will be because of Joe Cacibauda’s lasting impact on his school, students, and community.

He is preceded in death by his parents, Lillian and Joseph Cacibauda Sr.; and his sisters, Eliza Loyacano and Antoinette Harper.

He is survived by his wife, Rose; his children, JT, Alexa, and Zoe; his sister, Patricia Harder; and many cousins, nieces, and nephews.

Due to the COVID-19 outbreak, Joe’s family will be holding a private service, but recognizing the number of people who want to honor and celebrate his life, details regarding a public memorial service will be announced at a later date.

The family would also like to thank Dr. Brian Persing, Nicholas Pendleton, Hospice of Light, and all those who provided for Joe’s care.

In addition, in lieu of flowers, a band scholarship in Joe’s honor will be established, with details on that also to follow.